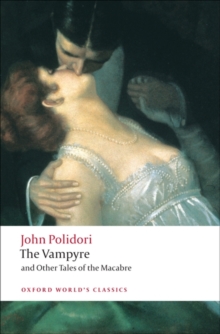 The Vampyre and Other Tales of the Macabre Paperback / softback

`Upon her neck and breast was blood, and upon her throat were the marks of teeth having opened the vein: - to this the men pointed, crying, simultaneously struck with horror, "a Vampyre, a Vampyre!"' John Polidori's classic tale of the vampyre was a product of the same ghost-story competition that produced Mary Shelley's Frankenstein. Set in Italy, Greece, and London, Polidori's tales is a reaction to the dominating presence of his employer Lord Byron, and transformed the figure of the vampire from the bestial ghoul of earlier mythologies into the glamorous aristocrat whose violence and sexual allure make him literally a 'lady-killer'.

Polidori's tale introduced the vampire intoEnglish fiction, and launched a vampire craze that has never subsided. `The Vampyre' was first published in 1819 in the London New Monthly Magazine. The present volume selects thirteen other tales of the macabre first published in the leading London and Dublin magazines between 1819 and 1838, including Edward Bulwer's chilling account of the doppelganger, Letitia Landon's elegant reworking of the Gothic romance, William Carleton's terrifying description of an actual lynching, and James Hogg's ghoulish exploitation of the cholera epidemic of 1831-2.

Also by John Polidori   |  View all 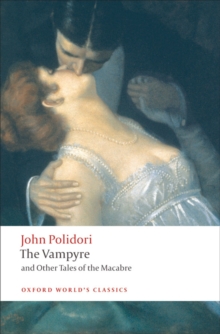 The Vampyre and Other Tales of the... 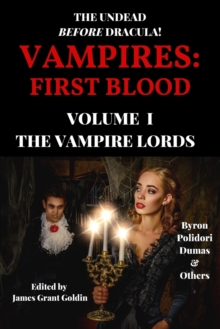 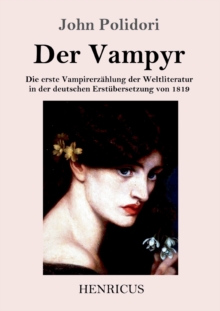 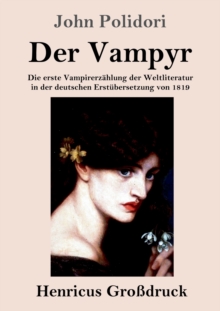