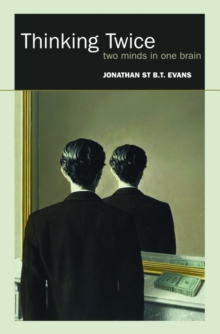 by Jonathan St. B. T. Evans

Common sense would suggest that we are in complete control of the actions we perform - that all our actions are the result of considered and conscious preparation.

Yet, there are countless examples of this control breaking down, for example, in the case of phobias and compulsive actions.

We can all recall those times when, in the 'heat of the moment', our actions have been very different to those that would have resulted from calm and considered reflection.

Inextreme moments of 'absent-mindedness' our actions can even have castastrophic consequences, resulting in harm to ourselves or others. So why does this happen - why do apparently rational and intelligent beings make, what appear to be, such fundamental errors in their thinking. This book explores the idea that humans have two distinct minds within their brains: one intuitive and the other reflective.

The intuitive mind is old, evolved early, and shares many of its features with animal cognition.

It is the source of emotion and intuitions, and reflects both the habits acquired in our lifetime and the adaptive behaviours evolved by ancient ancestors.

The reflective mind, by contrast, is recently evolved and distinctively human: it enables us to think in abstract and hypothetical ways about the world around us and to calculate the future consequences of our actions.

The evolution of the new, reflective mind is linked with the development of language and the very large forebrains that distinguish humans from other species; it has also given us our unique human form of intelligence. On occasions though, our two minds can come into inconflict, and when this happens, the old mind often wins.

These conflicts are often rationalised so that we, conscious persons, are unaware that the intuitive mind is in control.

Written by a leading cognitive scientist, this book demonstrates how much of our behaviour is controlled by automatic and intuitive mental processes, which shape, as well as compete, with our conscious thinking and decision making.

Accessibly written, and assuming no prior knowledge of the field, the book will be fascinating reading for all those interested in human behaviour, including students and researchers in psychology, neuroscience, and philosophy. 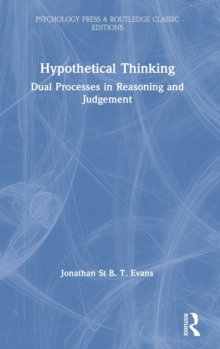 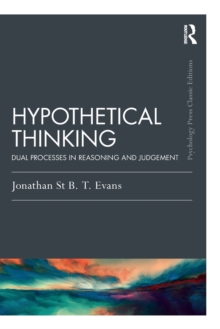 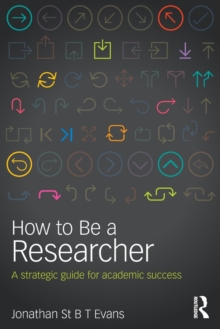 How to Be a Researcher 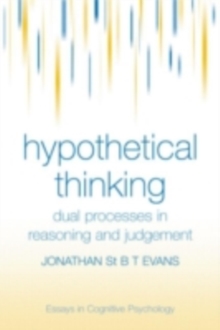