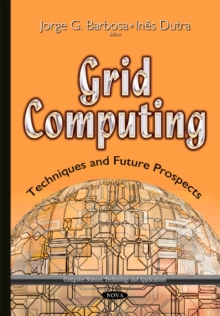 In the past two decades, grid computing have fostered advances in several scientific domains by making resources available to a wide community and bridging scientific gaps.

Grid infrastructures have been harnessing computational resources all around the world allowing all kinds of parallelisms to be explored.

Other approaches to parallel and distributed computing still exist like the use of dedicated high-performance (HPC) infrastructures, and the use of clouds for computing and storage, but grid computing continues to be the predominant technology used for scientific computing in Europe, through the European Grid Infrastructure (EGI) and the European Middleware Initiative (EMI).

Currently, there is a trend towards the use of cloud technologies for computing and storage.

In Europe, this trend is being followed by taking advantage of all the experiences gained from building grid infrastructures and the technologies developed around them (resource management orchestration, unified job description languages, security, user interfaces, programming models, and scheduling policies, among others).

As a result, the European Grid Infrastructure Federated Cloud is being built on top of the grid infrastructure already available.

After almost two decades of the development of grid software and components and the emergence of competing technologies, now is the time to discuss current trends and to assess future prospects.

The chapters in this book provide reviews for the following topics: a) performance prediction for parallel and distributed computing systems, b) resource sharing on computational grids, c) economic models for resource management, and d) programming frameworks.

The chapters address grid issues such as a) the challenges of designing efficient job schedulers for production grids, b) scalability analysis of bag-of-tasks applications, c) the energy efficiency of resource reservation-based scheduling, and d) the development of parallel applications using the grid environment.

Additionally, the following tools are presented: a) a programming framework based on the concept of a pluggable grid service that avoids explicit calls to grid services in scientific code and b) a desktop grid framework that runs on top of a cloud and can be deployed on the fly.

The authors were each invited to contribute a chapter to this book, which were carefully revised and selected based on their originality and the value of their contribution to the overall discussion on grid computing and its future prospects.