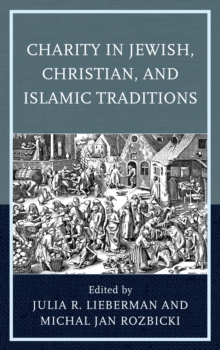 This collection of essays by a team of international scholars addresses the topic of Charity through the lenses of the three Abrahamic religions: Judaism, Christianity and Islam.

The contributors look for common paradigms in the ways the three faiths address the needs of the poor and the needy in their respective societies, and reflect on the interrelatedness of such practices among the three religions.

They ask how the three traditions deal with the distribution of wealth, in the recognition that not all members of a given society have equal access to it, and in the relationship of charity to the inheritance systems and family structures.

They reveal systemic patterns that are similar--norms, virtue, theological validations, exclusionary rules, private responsibility to society--issues that have implications for intercultural and interfaith understanding.

Conversely, the essays inquire how the three faiths differ in their understanding of poverty, wealth, and justifications for charity.