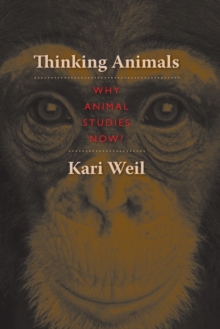 Kari Weil provides a critical introduction to the field of animal studies as well as an appreciation of its thrilling acts of destabilization.

Examining real and imagined confrontations between human and nonhuman animals, she charts the presumed lines of difference between human beings and other species and the personal, ethical, and political implications of those boundaries.

Weil's considerations recast the work of such authors as Kafka, Mann, Woolf, and Coetzee, and such philosophers as Nietzsche, Heidegger, Derrida, Deleuze, Agamben, Cixous, and Hearne, while incorporating the aesthetic perspectives of such visual artists as Bill Viola, Frank Noelker, and Sam Taylor-Wood and the "visual thinking" of the autistic animal scientist Temple Grandin.

She addresses theories of pet keeping and domestication; the importance of animal agency; the intersection of animal studies, disability studies, and ethics; and the role of gender, shame, love, and grief in shaping our attitudes toward animals. Exposing humanism's conception of the human as a biased illusion, and embracing posthumanism's acceptance of human and animal entanglement, Weil unseats the comfortable assumptions of humanist thought and its species-specific distinctions. 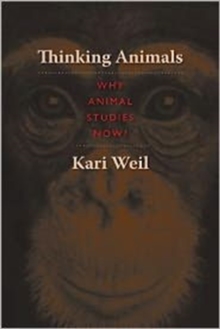 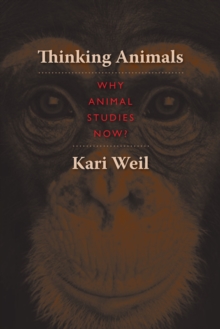