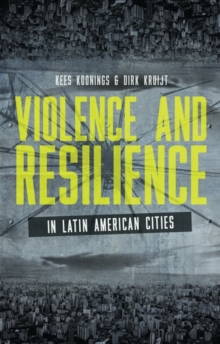 Why are Latin American cities amongst the most violent in the world?

Over the past decades Latin America has not only become the most urbanised of the regions of the so-called global South, it has also been the scene of the urbanisation of poverty and exclusion.

Overall regional homicides rates are the highest in the world, a fact closely related to the spread and use of firearms by male youths, who are frequently involved in local and translocal forms of organised crime.

In response, governments and law enforcements agencies have been facing mounting pressure to address violence through repressive strategies, which in turn has led to a number of consequences: law enforcement is often based on excessive violence and the victimisation of entire marginal populations.

Thus, the dynamics of violence have generated a widespread perception of insecurity and fear. Featuring much original fieldwork across a broad array of case studies, this cutting edge volume focuses on questions not only of crime, insecurity and violence but also of Latin American cities' ability to respond to these problems in creative and productive ways.