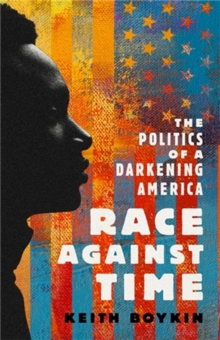 Race Against Time : The Politics of a Darkening America Hardback

As the upheaval of 2020 has made clear, America has utterly failed to atone for its original sin of racism. As America turns blacker and browner, the combination of fearful whites, angry and newly empowered blacks, and an inexcusable absence of leadership from Washington has created ideal conditions for conflict. There is a way out of our burning race crisis - but in order to prepare for the future, we first need to learn the lessons of the new age of reckoning.

The current racial reckoning is the culmination of two decades of political miscalculations and ongoing organizing. In Race Against Time, national political commentator Keith Boykin offers a nuanced, in-depth account of political maneuverings from Washington to the streets, showing how Republicans, Democrats, and even populist movements have failed to address the dire realities that threaten the nation.

Boykin details the effects of the emergence and persistence of the Black Lives Matter movement; Democrats' failed strategies of incrementalism during the Obama era and the legacies of Clinton-era policies; the minority, obstructionist policies of the Republicans; and the Bernie Sanders coalition's well-meaning but race-neutral economic reforms. With few exceptions, Boykin contends, we have refused to learn from the mistakes of these efforts, leaving us utterly unprepared for the future.

Drawing on on-the-ground reporting and political analysis based on his years as a Washington insider, Boykin argues that the path forward is a race-based restructuring of the country where equality - not marginal improvement - is the goal. This is what the Black Lives Matter era has demanded of us, and it is the only just future for America. 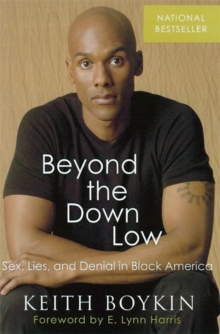 Beyond the Down Low