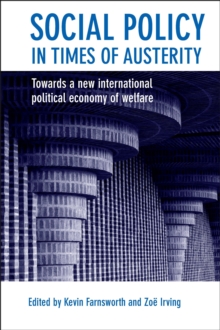 The 2008 global economic crisis was unprecedented in living memory and its impact on economic and social life immense.

Large-scale social policy interventions played a crucial role in helping to mediate the crisis, and yet the welfare state continues to come under attack.

A new age of austerity, based more on politics than economics, is threatening to undermine the very foundations of the welfare state.

However, as this important book illustrates, there is still room for optimism - resistance to the logic of austerity exists within organisations and governments, and among peoples, demonstrating how essential social policies remain to human progress.

The second of a three-book series covering the post-2008 global economic crisis and the period of austerity, this volume draws together edited chapters from leading scholars engaged in the debate and will be equally suitable for academics and other researchers studying international and comparative social policy, as well as upper level undergraduate and postgraduate students.