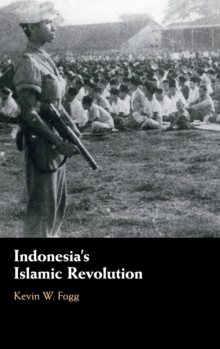 The history of the Indonesian Revolution has been dominated by depictions of grassroots fighters and elite politicians who thought of it as a nationalistic or class-based war.

In this major new study, Kevin W. Fogg rethinks the Indonesian Revolution (1945-49) as an Islamic struggle, in which pious Muslims, who made up almost half the population, fought and organized in religious ways.

Muslims fighting on the ground were convinced by their leaders' proclamations that they were fighting for a holy cause.

In the political sphere, however, national leaders failed to write Islam into Indonesia's founding documents - but did create revolutionary precedents that continue to impact the country to this day.

This study of a war of decolonization in the world's most populous Muslim country points to the ways in which Islam has functioned as a revolutionary ideology in the modern era.