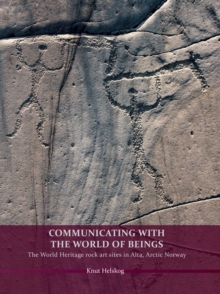 The rock art found in the World Heritage sites in the Alta area, Arctic Norway, comprise thousands of images including reindeer and elk as well as fish, birds, boats, humans and geometric patterns. They contain information about peoples who lived in this northern area from about 5000 BC up until the birth of Christ; such as possible social organizations, hunting and trapping, beliefs, rituals,stories, legends, myths, cultural changes and continuities. Communicating with the world of beings addresses an understanding of the rock art in terms of communication with other people and other than-human beings.

The figures could have been seen and experienced as symbols in rituals or as expressions of identity, position, power and rights, as depictions of real events and perhaps for use in storytelling.

Through rock art, people might also have been able to communicate with other-than-human beings who ruled parts of the environment- in order to petition favors for themselves or others.

These other-than-human beings may have been perceived as good and evil powers and spirits of the different worlds of the universe; the dead or souls; which also included the animals depicted or were even embodied in the stone. This communication may have been based on a belief that both living beings and inert objects and natural phenomena had souls, a belief that may have existed ever since the earliest settlements.

Such an animistic belief means that everything was seen as having a consciousness and identity of its own, independent and imbued with a will.

Therefore, it was essential that the different participants communicated with one another as equal partners. In this beautifully illustrated book Knut Helskog provides a lyrical and personal interpretation of the chronology, patterning and possible meanings behind this extraordinary landscape of prehistoric rock art. 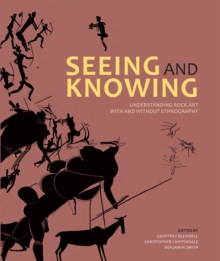 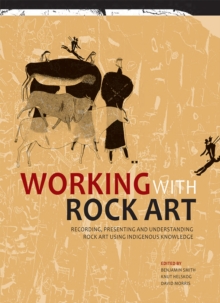