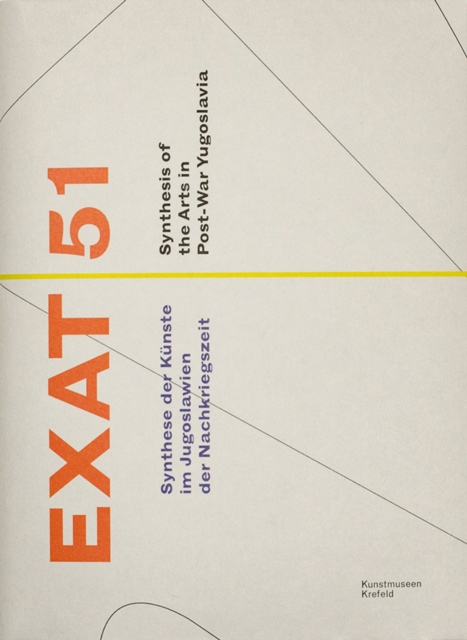 Starting in Autumn 2017, Kunstmuseen Krefeld will take a fresh look at the legacy of the Bauhaus in the context of the former Eastern Bloc in the postwar period.

With exhibitions in the two villas by Mies van der Rohe and a focus on 'Ideology, Abstraction and Architecture', Kunstmuseen Krefeld are carrying out pioneering work in reappraising a unique artistic movement and raising public awareness.

In Haus Lange, an exhibition will be devoted to EXAT 51, an interdisciplinary association of artists and architects who aspired to synthesise the fine and applied arts, supporting non-representational art in socialist '50s Yugoslavia. EXAT 51 was built upon the ideals of pre-war modernism: Bauhaus, Constructivism and De Stijl. By presenting a selection of representative works and collaborative projects, the exhibition and book show the interdisciplinary outlook of the group and their attempt to position their ideals in everyday life under socialist rule.

In addition, this volume contains numerous essays, shedding light on the artistic statements in view of the socio-political context in Yugoslavia in the 1950s and 1960s, and many primary sources which are published in translation.

For the first time, this movement and its positions have been scientifically researched and are now presented in Germany. Exhibition Kunstmuseum Krefeld: October 1st, 2017 - January 14th, 2018.