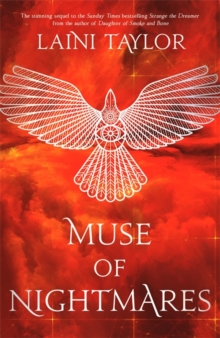 Muse of Nightmares : the magical sequel to Strange the Dreamer Hardback

'Muse of Nightmares is a philosophical fantasy adventure, an epic love story, a daring quest that demands to be read and reread and deserves to be remembered forever.' Katherine Webber The first hardback print run of Muse of Nightmares will have beautiful sprayed edges.

Available for pre-order only! Don't miss out on this extra-special version of the book.

She believed she knew every horror, and was beyond surprise.

She was wrong. In the wake of tragedy, neither Lazlo nor Sarai are who they were before.

One a god, the other a ghost, they struggle to grasp the new boundaries of their selves as dark-minded Minya holds them hostage, intent on vengeance against Weep. Lazlo faces an unthinkable choice - save the woman he loves, or everyone else? - while Sarai feels more helpless than ever. But is she? Sometimes, only the direst need can teach us our own depths, and Sarai, the muse of nightmares, has not yet discovered what she's capable of. As humans and godspawn reel in the aftermath of the citadel's near fall, a new foe shatters their fragile hopes, and the mysteries of the Mesarthim are resurrected: Where did the gods come from, and why?

What was done with the thousands of children born in the citadel nursery? And most important of all, as forgotten doors are opened and new worlds revealed: must heroes always slay monsters, or is it possible to save them instead?Love and hate, revenge and redemption, destruction and salvation all clash in this gorgeous sequel to the New York Times bestseller, Strange the Dreamer. 'I was afraid to read too quickly because I didn't want it to be over . . . Laini has done something so special with this duology . . . It will leave you changed forever' Samantha Shannon'Coming off a boatload of recognition for that series-starter, the author is promising an even richer read . . . Taylor asks big questions about life and death in the new book, as humans and godspawn reel in the aftermath of the Citadel's near-fall.' Entertainment Weekly**********************Praise for Strange the Dreamer AN INSTANT NEW YORK TIMES AND SUNDAY TIMES BESTSELLERAN AUDIBLE BEST YOUNG ADULT BOOK OF 2017A GOODREADS CHOICE BEST BOOK OF 2017A PASTE MAGAZINE BEST AUDIOBOOK OF 2017AN NPR 2017 RECOMMENDED READAN AMAZON BEST SCIENCE FICTION AND FANTASY YOUNG ADULT BOOK OF 2017'Magical' Grazia'Prepare to be enchanted' Sun'Pulls you into its dreaming world and makes it hard to leave.' SciFiNow'Reads like a dream.

One for you, your best friend, and any lover of myths and monsters you know' Heat'Leaves the reader enthralled, enchanted and entirely entranced' New York Journal of Books'Laini Taylor is so damn good and like no other' Leigh Bardugo, #1 New York Times bestselling author of Six of Crows and Crooked Kingdom'Laini Taylor set my imagination on fire so hard that it spontaneously combusted . . . This is the kind of story that paves dreams.' Roshani Chokshi, author of The Star Touched Queen 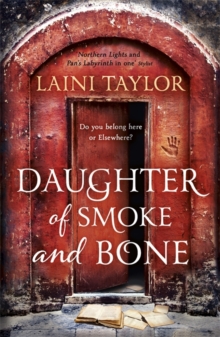 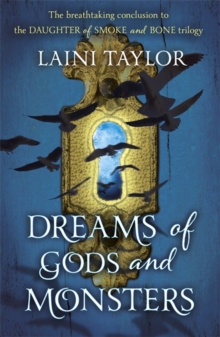 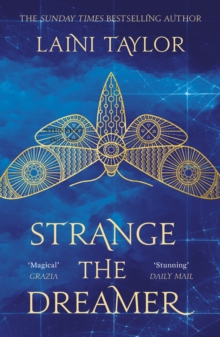 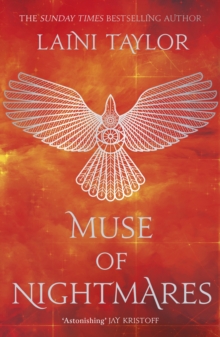