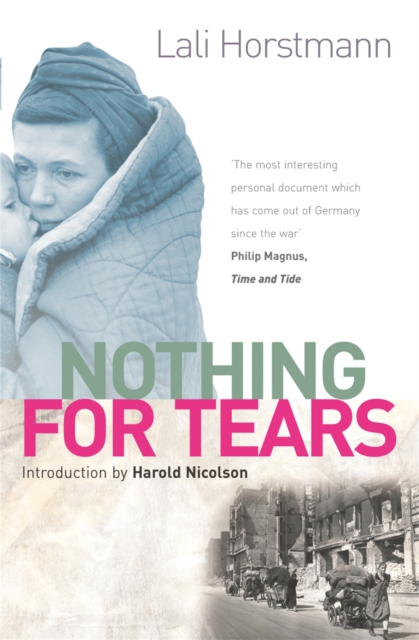 Nothing For Tears Paperback / softback

The true story of one family's struggle in the chaos of Germany's defeat in 1945Towards the end of the Second World War, Lali Horstmann and her husband Freddy, a retired diplomat and art collector, were living at Kerzendorf, an elegant eighteenth-century house with a small park, avenues, statues and a garden, fifteen miles east of Berlin.

The house was destroyed one night by allied bombers and the Horstmanns moved into the agent's little house in the park. It was to this small house that the Russian Secret Police came one spring night in1946 and took Freddy away with them into the dark.

Two and a half years later Lali learned, almost by chance, that Freddy had died of starvation in a Russian concentration camp only a few miles from their home. Lali Horstmann's account of the last months of the war under the desperate and demoralised Nazis, and the terrifying arrival of the Russians, is both eloquent and heartbreaking.