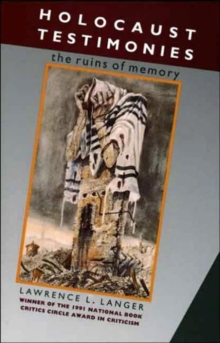 This important an original book is the first sustained analysis of the unique ways in which oral testimony of survivors contributes to our understanding of the Holocaust.

It also sheds light on the forms and functions of memory as victims relive devastating experiences of pain, humiliation, and loss. Drawing on the Fortunoff Video Archives for Holocaust Testimonies at Yale University, Lawrence L.

Langer shows how oral Holocaust testimonies complement historical studies by enabling us to confront the human dimensions of the catastrophe.

Quoting extensively from these interviews, Langer develops a technique for interpreting them as we might a written text.

He contrasts written and oral narratives, noting that while survivor memoirs by authors such as Primo Levi and Charlotte Delbo transform reality through style, imagery, chronology, or a coherent moral vision, oral testimonies resist these organizing impulses and allow instead a kind of unshielded truth to emerge, just as powerful in its impact as the visions taking shape in written memoirs.

He argues that it is necessary to deromanticize the survival experience and that to burden it with accolades about the "indomitable human spirit" is to slight its painful complexity and ambivalence.

Finally he explores the perplexing task of establishing a meaningful connection between consequential living and inconsequential dying, between moral striving and the sprit of anguish and sense of a diminished self that pervades these haunting Holocaust testimonies. 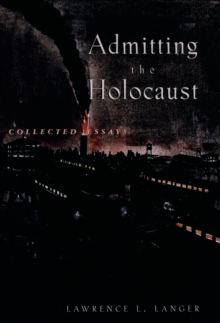 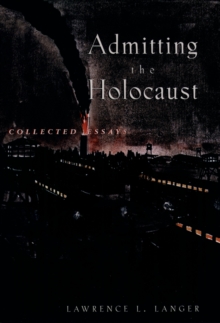 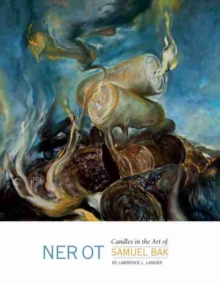 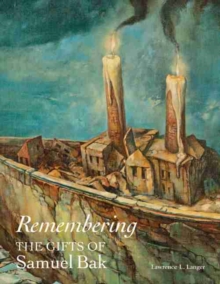