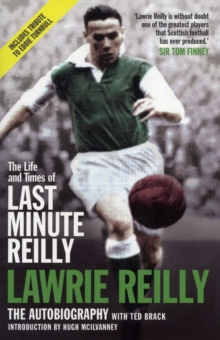 The Life and Times of Last Minute Reilly Paperback / softback

Lawrie Reilly is one of Hibernian and Scotland's greatest ever players.

As a key member of Hibs' legendary Famous Five forward line, he played a prominent part in the most successful period in the club's history.

Now in "Last Minute Reilly", Lawrie Reilly tells the fascinating story of his life for the first time.

Reilly was a goalscoring phenomenon. He played in three Scottish League title-winning teams for Hibernian scored an astonishing 234 goals for Hibs, a club record. And Reilly's goalscoring record for Scotland of 22 goals in 38 games is still the best goals per game record of any Scottish player.

He excelled in matches against England and his knack of scoring late equalising goals against the 'auld enemy' earned him both immense popularity and his nickname, 'Last Minute Reilly'.

All this success on the field was achieved despite having to retire before the age of thirty due to a serious knee injury.

It's a story full of fantastic tales and anecdotes from a time when the Famous Five ruled football in Scotland and Lawrie Reilly was one of the finest footballers we've ever produced. 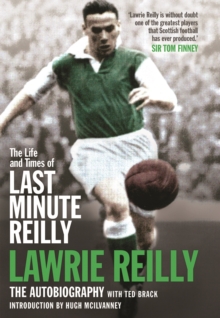 The Life and Times of Last Minute Reilly