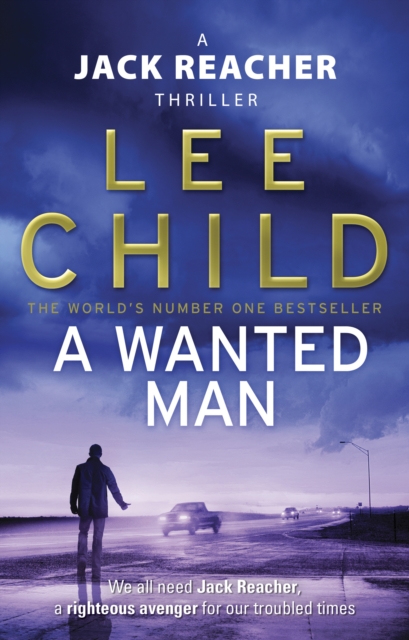 'A fascinating, swaggeringly confident performance' Sunday TimesWhen you're as big and rough as Jack Reacher - and you have a badly set, freshly busted nose - it isn't easy to hitch a ride in Nebraska.

At last, he's picked up by three strangers - two men and a woman. Within minutes it becomes clear they're all lying about everything - and there's a police roadblock ahead.

There has been an incident, and the cops are looking for the bad guys . . . Will they get through because the three are innocent? Or because the three are now four? Is Reacher just a decoy?_________Although the Jack Reacher novels can be read in any order, A Wanted Man follows on directly from the end of Worth Dying For. And be sure not to miss Reacher's newest adventure, no.26, Better off Dead! ***OUT NOW***