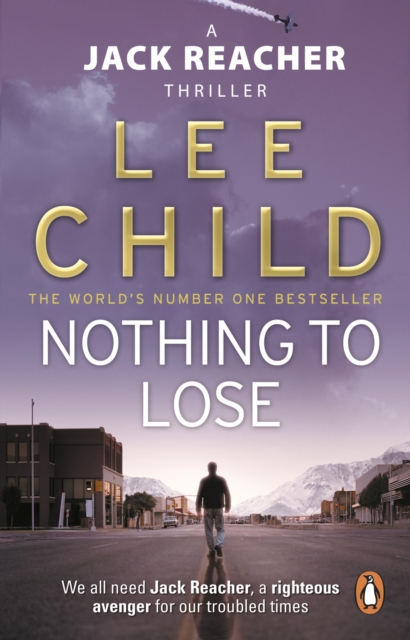 'A high-testosterone adventure . . . a page turner. Thrilling.' ObserverFrom Hope to Despair. Between two small towns in Colorado, nothing but twelve miles of empty road.

All Jack Reacher wants is a cup of coffee. What he gets are four redneck deputies, a vagrancy charge and a trip back to the line. But Reacher is a big man, and he's in shape. No job, no address, no baggage. Nothing, except bloody-minded curiosity. What are the secrets the locals seem so determined to hide?_________Although the Jack Reacher novels can be read in any order, Nothing To Lose is 12th in the series. And be sure not to miss Reacher's newest adventure, no.26, Better off Dead! ***OUT NOW***