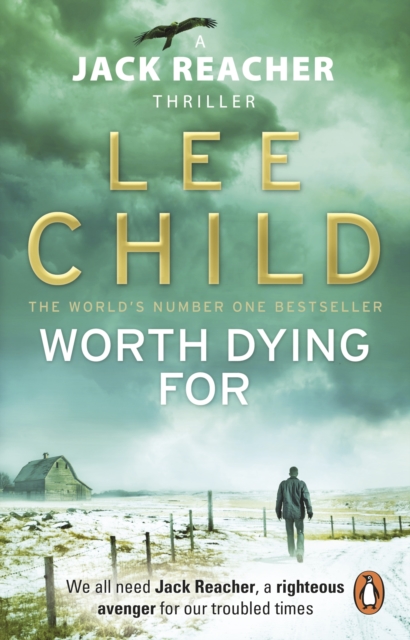 'If anyone can put down Worth Dying For after the first few pages, then they shouldn't really be reading thrillers at all' IndependentThere's trouble in the deadly wilds of Nebraska . . . and Reacher walks right into it. He falls foul of the Duncans, a local clan that has terrified an entire country into submission.

But it's the unsolved case of a missing eight-year-old girl that Reacher can't let go.

Reacher - bruised and battered - should have just kept going.

But for Reacher, that was impossible. What, in this fearful county, would be worth dying for? _________Although the Jack Reacher novels can be read in any order, Worth Dying For follows on directly from the end of 61 Hours. And be sure not to miss Reacher's newest adventure, no.26, Better off Dead! ***OUT NOW***