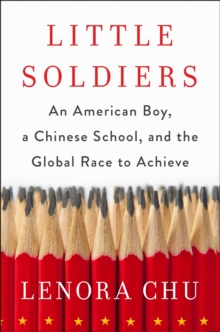 Little Soldiers : An American Boy, a Chinese School and the Global Race to Achieve Paperback / softback

'I couldn't put this book down. Whip smart, hilariously funny and shocking. A must-read'Amy Chua, Yale Law Professor and author of Battle Hymn of the Tiger MotherIn 2009, Lenora Chu, her husband Rob, and toddler Rainey, moved from LA to the Chinese megacity Shanghai.

The US economy was spinning circles, while China seemed to be eating the planet's economic lunch.

What's more, Shanghai teenagers were top in the world at maths, reading and science.

China was not only muscling the rest of the world onto the sidelines, but it was also out-educating the West.

So when Rainey was given the opportunity to enroll in Shanghai's most elite public kindergarten, Lenora and Rob grabbed it. Noticing her rambunctious son's rapid transformation - increasingly disciplined and obedient but more anxious and fearful - Lenora begins to question the system.

What the teachers were accomplishing was indisputable, but what to make of their methods?

Are Chinese children paying a price for their obedience and the promise of future academic prowess?

How much discipline is too much? And is the Chinese education system really what the West should measure itself against?

While Rainey was at school, Lenora embarked on a reporting mission to answer these questions in a larger context.

Through a combination of the personal narratives and thoughts of teachers, parents, administrators and school children, Little Soldiers unpacks the story of education in China. 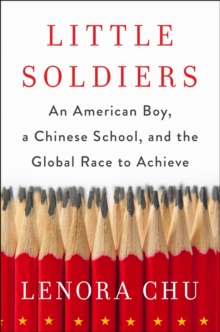