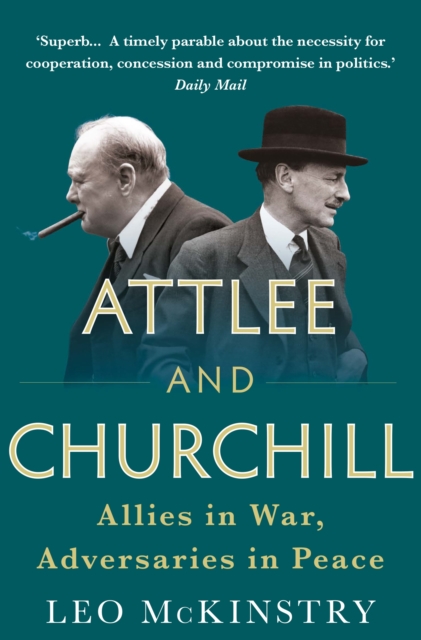 Chosen as a Book of the Year in the Daily Telegraph and Daily Mail'A masterpiece' Frederick Forsyth 'Beautifully written... unlikely to be surpassed' Simon Heffer'Superb' Daily Mail, Book of the Week'Terrific' ObserverThroughout history there have been many long-running rivalries between party leaders, but there has never been a connection like that between Clement Attlee and Winston Churchill, who were leaders of their respective parties for a total of thirty-five years. Brought together in the epoch-making circumstances of the Second World War, they forged a partnership that transcended party lines, before going on to face each other in two of Britain's most important and influential general elections. Based on extensive research and archival material, Attlee and Churchill provides a host of new insights into their remarkable relationship.

From the bizarre coincidence that they shared a governess, to their explosive wartime clashes over domestic policy and reconstruction; and from Britain's post-war nuclear weapons programme, which Attlee kept hidden from Churchill and his own Labour Party, to the private correspondence between the two men in later life, which demonstrates their friendliness despite all the political antagonism, Leo McKinstry tells the intertwined story of these two political titans as never before. In a gripping narrative McKinstry not only provides a fresh perspective on two of the most compelling leaders of the mid-twentieth century but also brilliantly brings to life this vibrant, traumatic and inspiring era of modern British history.