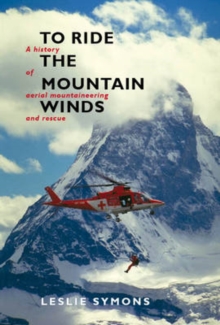 To Ride The Mountain Winds : A History of Aerial Mountaineering and Rescue Hardback

By the end of the 18th century Mont Blanc had been climbed and man had begun to fly in balloons.

In 1849 a balloonist flew over the Alps and a little over half a century later aeroplanes were also doing so.

The age of aerial mountaineering had begun. Worldwide in its scope it was destined to include the first aeropostale flights across the Andes, exploration in Alaska, across the Poles and in the Himalayas, scientific investigation, and rescue.

Aircraft would include flimsy biplanes and even flimsier microlights, sophisticated late 20th century balloons and helicopters large and small.

Their pilots would number scientists, explorers, soldiers and civilians, men and women of adventure, and a few lunatics. To Ride the Mountain Winds, the first comprehensive history of aerial mountaineering, is written for everyone interested in the history of mountaineering and also those interested in the history of aviation and the limits to which pilots have pushed their machines and their skills. This should include not only climbers and flyers but also those airline passengers who, while sipping a gin and tonic in the luxury of a modern airliner, far above the shining snows, have paused to wonder what might happen if their jet-propelled magic carpet were forced suddenly to descend among them.

Few will have pondered the connections between the histories of mountaineers and aviators but their interaction is almost as old as either. 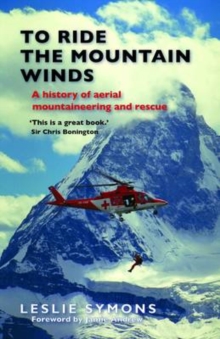 To Ride the Mountain Winds