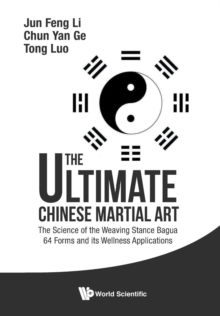 Ultimate Chinese Martial Art, The: The Science Of The Weaving Stance Bagua 64 Forms And Its Wellness Applications Paperback / softback

The Ultimate Chinese Martial Art - The Science of the Weaving Stance Bagua 64 Forms and the Wellness Applications has three well integrated parts.

Part One describes the cultural, historical and scientific background of the mysterious inner style martial art - Bagua Palm - which used to be taught in a small circle of the Royal families in China.

Part Two gives a brief and yet detailed instructions on the techniques and step by step exercises of Bagua Palms with illustrations, including the example of the famous Weaving Stance Bagua 64 Forms.

Part Three summarizes the wellness applications of the Bagua Palms as an inner style Chinese martial art.The aim of this book is to help all people on this planet to have a better understanding about wellness and the most effective way to achieve it.

The book will thus ultimately make its way to the short list of books which truly leave their marks on the progress of human civilization.

The less than sophisticated style of writing makes this book an easy and helpful reading for people from all walks of life.This book is not just about Chinese martial art.

It is also about the link between Chinese culture and martial art.

With practical instructions on the actual exercise, this book will benefit not just practitioners and trainers in Chinese martial art but effectively all people who read it.

All the three authors of the book have over 40 years of extensive experience each in Chinese martial art.

In contrast to conventional Chinese martial art scripts, this book is written by three Chinese authors in plain and vivid English, which is both filled with true understanding of the unique part of Chinese culture and tuned to the cognitive habits of the westerners. 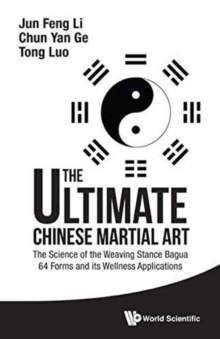 Ultimate Chinese Martial Art, The: The...