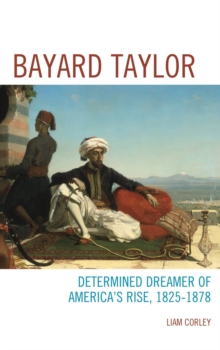 Bayard Taylor (1825-1878) was a nineteenth-century American who combined in his writings and career a catalog of accomplishments and creations that made him one of the most celebrated literary men of his time.

The range and significance of Taylor's oeuvre explains his growing importance today to scholars working in the fields of American studies, gender and queer theory, and the aesthetics of racial and class identities.

His extraordinary success on the public lecture circuit made him one of the best-known men of his day.

Taylor's diplomatic career enhanced his reputation and influence as a travel writer and included service as a writer for the Perry Expedition to Japan, as a charge d'affaires to Russia during the Civil War, and ambassador to Germany in 1878.

This analysis of Taylor's life and works helps to explain three important shifts in American culture: the contradictory development of American ethnocentrism and cosmopolitanism in the nineteenth century; the impact of homophobia and homophilia upon American literary production, criticism, and culture; and the inspirational role played by poetry within a religious and economically-driven society.

The introduction describes Taylor's changing fortunes within literary history and presents a methodological approach to the Genteel tradition that recovers its distinctive aesthetic and social values and explains how Taylor is its most winning and significant representative.

Taylor was a key figure in the genealogy of American interactions with the Islamic world, and his travel writing demonstrates how individual advancement in an egalitarian society can be linked with aggressive imperialism abroad.

Taylor's novels display a subtle pattern of transgressive sexuality and demonstrate how Taylor's manipulation of reputation and genteel aesthetics created a space for individual expression and freedom.

This book's analysis of Taylor's poetry draws the strands of egalitarian racialization and male-male intimacy together with his abiding concern with regional American identities and the mixed influences of religious subcultures. 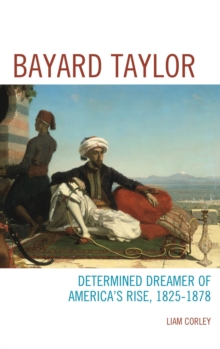