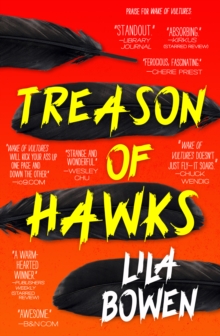 Part of the The Shadow series

'Quite simply, brilliant. A mind-bending mix of history, fantasy and folklore, it's a wild bronco of a read that'll leave you breathless for more' Rachel Caine on Wake of Vultures The conclusion to Lila Bowen's widely-acclaimed dark fantasy series, which New York Times bestselling author Kevin Hearne described as 'thrilling, delightfully written, and important.'Rhett Walker is looking for peace, the memories of all he's lost haunting his dreams. And now the Shadow tugs him West, back to where his journey began.

With the lawless Rangers on his heels and monster attacks surging, Rhett is surrounded on all sides.

This time it's not all about horses and land. This time, it feels personal. Because the newest monster on the horizon just may be wearing the face of someone from Rhett's past. To save the Durango territory, Rhett must accept the Shadow's call and fulfill his destiny.

Treason of Hawks is the gripping final instalment of the acclaimed Shadow series, starring a hero who has been hailed as 'one of the iconic characters of this generation'. Praise for the Shadow series:'I don't care what else you've seen in the bookstore today.

Read this one' Kevin Hearne 'I enjoyed the hell out of it' Patrick Rothfuss 'Weird and wonderful . . . Hot damn, this book is good' Chuck WendigThe Shadow seriesWake of VulturesConspiracy of RavensMalice of CrowsTreason of Hawks 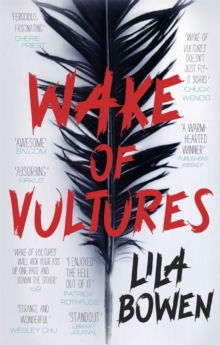 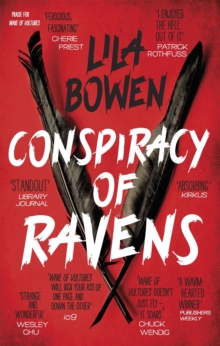 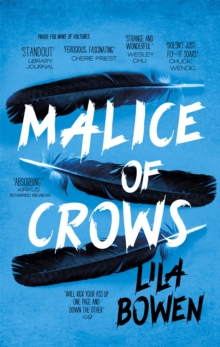 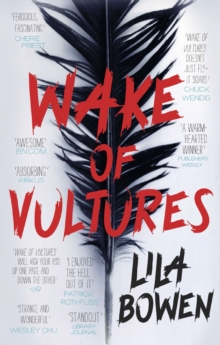 Also in the The Shadow series   |  View all