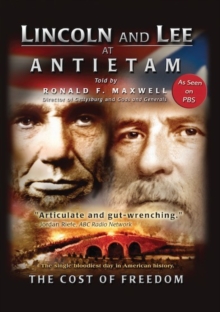 Lincoln and Lee at Antietam - The Cost of Freedom DVD

Docudrama on the Battle of Antietam (aka the Battle of Sharpsburg) - the first battle of the American Civil War to take place on Northern soil.

President Lincoln required a victory in order to issue the Emancipation Proclamation and end slavery in the South.

When General Lee entered the state of Maryland the stage was set for the bloodiest day in American history: September 17, 1862.

Although the battle was tactically inconclusive, the casualties amounted to around 23,000.