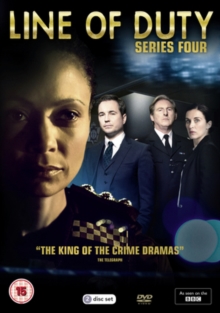 All six episodes from the fourth series of the British crime drama starring Martin Compston, Vicky McClure and Thandie Newton.

Head of the case DCI Roz Huntley (Newton) thinks she's finally found her suspect after months of searching for a serial killer, however, those at AC-12 are led to believe she may be concealing valuable evidence.

As new revelations begin to emerge, will they be able to identify the real perpetrator?