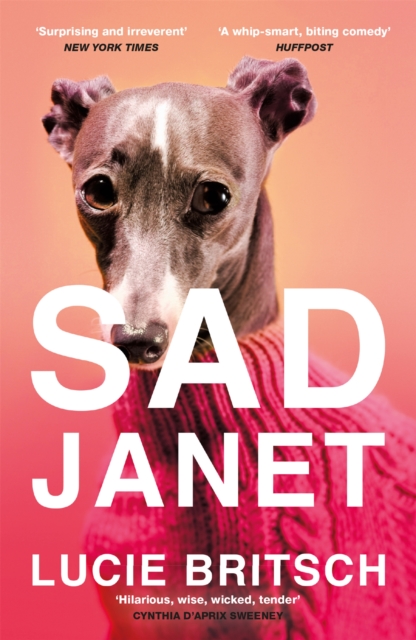 A whip-smart, dark Christmas comedy for fans of Fleabag and My Year of Rest and Relaxation'Janet is my soulmate' LUCY MANGAN'The dog-whispering, post-Goth cousin to Phoebe Waller-Bridge's Fleabag' CLAUDIA DEY'Like a grown up Daria' HELEN MCCLORY'Surprising and irreverent' NEW YORK TIMES***If there was a pill that promised happiness in time for Christmas...

Would you take it?Meet Janet. Janet is sad. Not about her life, about the world. Have you seen it these days?The thing is, she's not out to make anyone else sad.

She's not turning up to weddings shouting that most marriages end in divorce.

She just wants to wear her giant coat, get rid of her passive-aggressive boyfriend, and avoid human interaction at the rundown dog shelter where she works. That is, until word spreads about a new pill that promises cynics like her one day off from being sad.

When her family stages an intervention, and the prospect of making it through Christmas alone seems like too much, Janet finally decides to give them what they want.

What follows is life-changing for all concerned - in ways no one quite expects. Hilarious, provocative and profound, Sad Janet is the antidote to our happiness-obsessed world. ***PRAISE FOR SAD JANET:'If you're a Halle Butler fan or like despair cut with humour, you'll love this' Leigh Stein, author of SELF CARE'As I was reading this, my partner kept asking why I was laughing.

This book is dark and hilarious and will speak to everyone who's ever wondered why they spend time with humans and not just dogs' Rowan Hisayo Buchanan, author of Starling Days and Harmless Like You'A tragicomic riot of a book - charging, foul-mouthed and tender, across the modern condition' Claudia Dey, author of Heartbreaker'Try reading Sad Janet ...

It might just make you happy' Marcy Demansky, author of Very Nice'A biting, pitch-perfect novel about one woman's desire to stay true to herself in a world that rewards facile happiness ... a dazzling debut' Cynthia D'Aprix Sweeney'The narrative voice of Janet in Britsch's debut novel is a skin-tingling combination of new and necessary' Booklist starred review'Loved this book... it made me lol via the dark humour and dry observations. 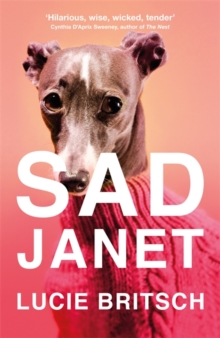 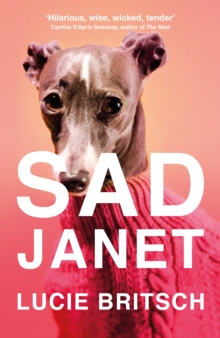