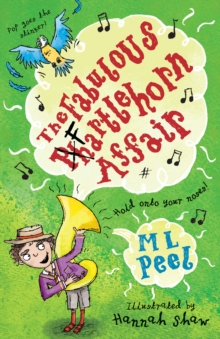 A hilarious fantastical romp from a talented debut author. Bruno Pockley has a talent. A prodigious talent. But he's only just discovering its worth... When Bruno is sniffed out by a specially trained Trumpenhund as having world-class phartling potential, it's as if all his dreams have come true.

Finally, his talent is being recognized! Then he and his classmates are taken to the court of the Knights Trumplar in the Kingdom of Phartesia, where they'll learn to play the ancient Phartlehorn for a performance of epic proportions.

Starry-eyed, the children are determined to prove themselves to the magnificent Duke of Phartesia and his beguiling daughter.

However, things are not always as they appear - and when Bruno and his friend Grace stumble upon the sickening truth about the Knights Trumplar, the wind is quite literally taken out of their sails.