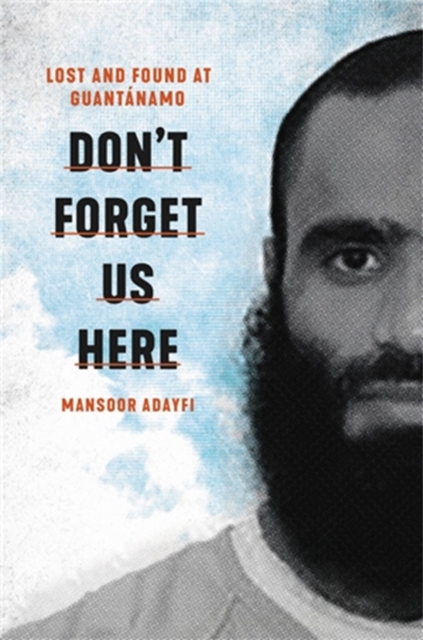 Don't Forget Us Here : Lost and Found at Guantanamo Hardback

At the age of 18, Mansoor Adayfi left his home in Yemen for a cultural mission to Afghanistan.

He never returned. Kidnapped by warlords and then sold to the US after 9/11, he was disappeared to Gauntanamo Bay, where he spent the next 15 years as Detainee #441. In the vein of Ishmael Beah's A Long Way Gone, Don't Forget Us Here tells two coming-of-age stories in parallel: a makeshift island outpost becoming the world's most notorious prison and an innocent young man emerging from its darkness.

With time though, he grew into the man prisoners nicknamed "Smiley Troublemaker": a student, writer, historian, and dedicated pop culture fan.

With unexpected warmth and empathy, he unwinds a narrative of fighting for hope and survival in unimaginable circumstances, illuminating the limitlessness of the human spirit. And through his own story as well as those who were there with him--detainees and guards--Mansoor also tells Gauntanamo's story, offering an unprecedented window into one of the most secretive places on earth.

Putting a human face on the Gauntanamo we know from the news, as well as showing the side we never see--the art, the community, the joyful reclamation of stolen humanity--this book reconstructs the camp's history in human terms, bearing witness to the lives lost and destroyed there. Twenty years later, Gauntanamo remains open. At a moment of due reckoning, Mansoor helps us understand what actually happened there--both the horror and the beauty--offering a vital chronicle of an experience we cannot afford to forget.