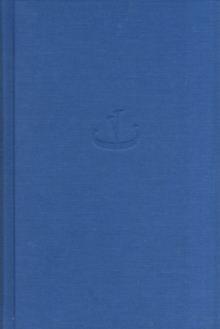 The Icelandic scholar and antiquarian Arni Magnusson (1663-1730) - Arnas Magnaeus in Latinised form - spent much of his life building up what is by common consent the single most important collection of early Scandinavian manuscripts in existence.

The collection, now divided between Copenhagen and Reykjavik, comprises nearly 3000 items, the earliest dating from the 12th century.

The majority of these are from Arni's native Iceland, but there are also many important Norwegian, Danish and Swedish manuscripts, along with a small number of continental European provenance.

In his new biography, Mar Jonsson, professor of history at the University of Iceland, explores in particular how Arni Magnusson's great passion for parchment developed, and places it in the intellectual context of Arni's own time.

Based largely on Arni's correspondence and notes on the manuscripts in his collection - many previously unknown to scholars - Arnas Magnaeus Philologus offers a rare insight into this complex and intriguing man who did more than anyone else to ensure the survival of Old Norse Icelandic literature.