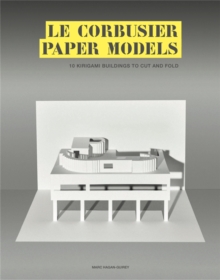 "The Dark King of Kirigami " - The Guardian"A painstaking but rewarding endeavour, made much easier if you follow author Marc Hagan-Guirey's advice" - Sunday ExpressLe Corbusier is a Modernist icon whose buildings and theories have influenced structures the world over.

With the help of Marc Hagan-Guirey's new book, Le Corbusier Paper Models, you can create 10 of his most important works in paper using the art of kirigami (cutting and folding).

Each project features step-by-step instructions, cutting tips and a template that you can remove from the book.

All you need is a scalpel, a cutting mat and a ruler.

When you are done, simply display your model and admire your handiwork!Le Corbusier Paper Models is a must for Corbusier fans and architectural model enthusiasts. Marc's first book Paper Dandy's Horrorgami was published by Laurence King in September 2015.

His second book, Frank Lloyd Wright Paper Models was released in June 2017 to mark the 150th anniversary of it's namesake's birth. 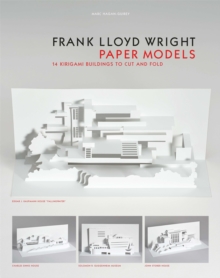 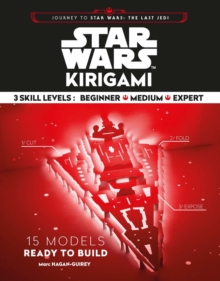