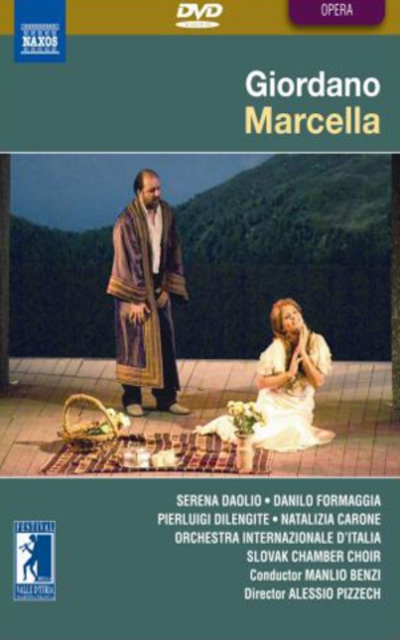 This centenary performance of Umberto Giordano's 1907 opera Marcella, performed at the Palazzo Ducale in Martina Franca, Italy in August 2007 as part of the 33rd Festival of the Valle D'Itria, was prepared from the composer's manuscript, the score and parts having been destroyed during World War II.

The opera tells the story of a poor girl and a painter whose idyllic affair is shattered when it is revealed that her true love is actually a prince.