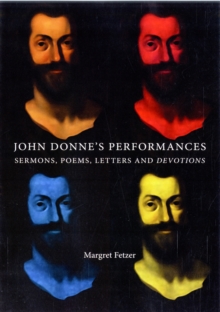 Ever since their rediscovery in the 1920s, John Donne's writings have been praised for their energy, vigour and drama - yet so far, no attempt has been made to approach and define systematically these major characteristics of his work.

Drawing on J. L. Austin's speech act theory, Margret Fetzer's comparative reading of Donne's poetry and prose eschews questions of personal or religious sincerity and instead recreates an image of John Donne as a man of many performances.

Questions as to how saying something may actually bring about that very thing, or how playing the part of someone else affects an actor's identity, are central to Donne's oeuvre - and moreover highly relevant in the cultural and theological contexts of the early modern period in general. In treating both canonical and lesser known Donne texts, John Donne's Performances hopes to make a significant contribution not only to Donne criticism and research into early modern culture: by using concepts of performance and performativity as its major theoretical backdrop, it aims to establish an interdisciplinary link with the field of performance studies. -- . 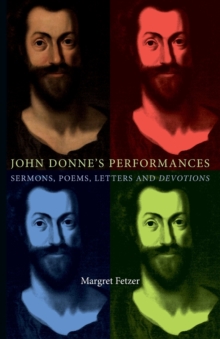 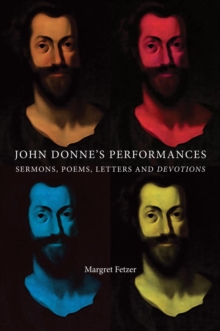