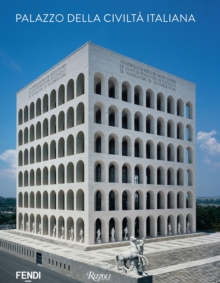 In 2015, the storied fashion house Fendi moved its headquarters into the Palazzo della Civilta Italiana in Rome, a stark white cube perforated by symmetrical arches. Originally commissioned as part of an exhibition on Roman civilization for the 1942 world s fair, the architects took their cues from ancient history to create a building that was quintessentially Roman yet decidedly modern, earning its nickname the Square Colosseum. Because of its striking appearance and iconic status, the palazzo subsequently made appearances in a number of films by directors such as Roberto Rossellini, Federico Fellini, and Peter Greenaway.

The building remained relatively abandoned throughout much of its existence, until its recent inhabitance by the always forward-thinking house of Fendi, an experience which Karl Lagerfeld has likened to being on a spaceship transported into the future.