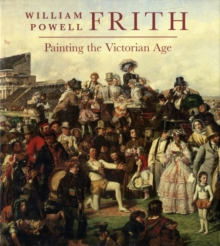 William Powell Frith (1819-1909) was the greatest British painter of the social scene since Hogarth.

His panoramas of nineteenth-century life broke new ground in their depiction of the diverse London crowd, and they are now icons of their age.

Frith's popularity in his lifetime was unprecedented; on six separate occasions special railings had to be built at the Royal Academy to protect his paintings from an admiring public. Derby Day and The Railway Station are nearly as well known today as a century ago, yet the artist who painted them is now neglected.

This book explores Frith's place in the development of Victorian painting: the impact of his unconventional private life on his work, his relationships with Hogarth and Dickens, his influence on popular illustration, the place of costume in his paintings, his female models, his painting materials and practice, and much more.

The book makes an important contribution to the literature on art in the Victorian era and to our understanding of the nineteenth century.