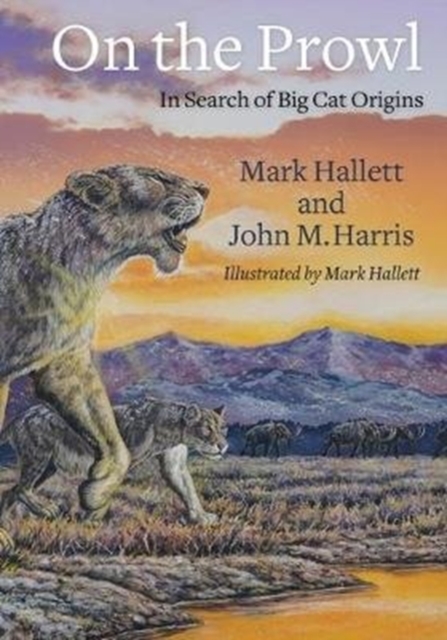 On the Prowl : In Search of Big Cat Origins Hardback

Big cats such as lions, tigers, leopards, and jaguars fascinate us like few other creatures.

They are enduring symbols of natural majesty and power.

Yet despite the magnetic appeal of the big cats, their origins and evolutionary history remain poorly understood-and human activity threatens to put an end to the big cats' glory. On the Prowl is a fully illustrated and approachable guide to the evolution of the big cats and what it portends for their conservation today.

Mark Hallett and John M. Harris trace the origins of these iconic carnivores, venturing down the evolutionary pathways that produced the diversity of big cat species that have walked the earth.

They place the evolution and paleobiology of these species in the context of ancient ecosystems and climates, explaining what made big cats such efficient predators and analyzing their competition with other animals.

Hallett and Harris pay close attention to human impact, from the evidence of cave paintings and analysis of ancient extinctions up to present-day crises.

Their engaging and carefully documented account is brought to life through Hallett's detailed, vivid illustrations, based on the most recent research by leading paleontologists.

Offering a fresh look at the rise of these majestic animals, On the Prowl also makes a powerful case for renewed efforts to protect big cats and their habitats before it is too late.