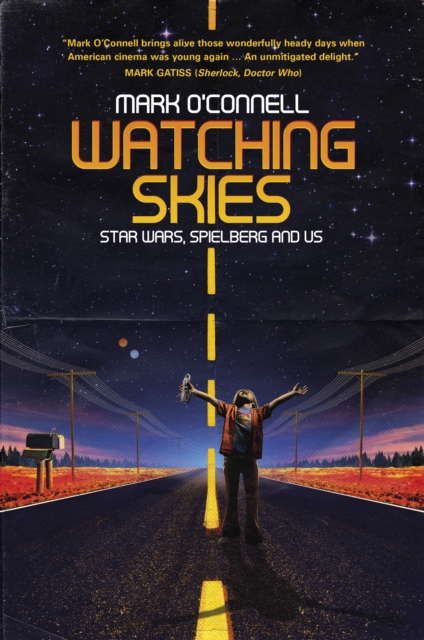 Mark O'Connell didn't want to be Luke Skywalker, He wanted to be one of the mop-haired kids on the Star Wars toy commercials. And he would have done it had his parents had better pine furniture and a condo in California.

The Extra Terrestrial, Raiders of the Lost Ark and Superman didn't just change cinema - they made lasting highways into our childhoods, toy boxes and video stores like never before.

In Watching Skies, O'Connell pilots a gilded X-Wing flight through that shared universe of bedroom remakes of Return of the Jedi, close encounters with Christopher Reeve, sticker album swaps, the trauma of losing an entire Stars Wars figure collection and honeymooning on Amity Island.

From the author of Catching Bullets - Memoirs of a Bond Fan, Watching Skies is a timely hologram from all our memory systems.

It is about how George Lucas, Steven Spielberg, a shark, two motherships, some gremlins, ghostbusters and a man of steel jumper a whole generation to hyperspace.