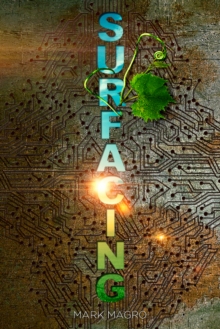 In a post-apocalyptic world, two students discover that the worst thing about searching for the truth is actually finding it.

After a nuclear war has ravaged the planet, children of the few survivors are sent to renowned scientist Dr. Parkman and his underground facility, Parkman Institute of Science and Solutions, to learn, create, and test the latest technologies until they turn 18 and are sent back to the surface to help rebuild society.

Balt and Zoe, 16-year-old students, have begun to realize something is amiss when Zoe is given a glimpse of an entirely different reality during a freak accident, one completely foreign to what Parkman has always described to his students.

With the help of Balt and his midterm robotics project, the talkative head of an A.I. called Smith, the three devise a plan to escape the institute and travel through the ruins of the old labs to get to the surface.

As they draw closer to their destination, they begin to see that their biggest threat might be each other.

The old lab is full of secrets, and some answers are perhaps better left buried.