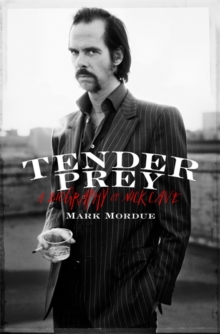 Nick Cave has spent over three decades living on the artistic edge, building up a sizable following, but never compromising his vision.

He now has a major body of work behind him -- some 20 albums, two novels, films scores and an acting career.

From his strung-out Birthday Party days in London and Berlin in the early 1980s, to the formation of Nick Cave and the Bad Seeds, battling heroin addiction and overcoming the premature death of his father; through his artistic and personal relationships with the likes of PJ Harvey and Kylie Minogue, and, finally, the redemptive turns of marriage, family life and sobriety, Cave has emerged with his creativity undiminished and his reputation growing in acclaim.

Having interviewed Cave extensively as well as his close colleagues, Mordue balances this rare insight with an independent, critical spirit.

In Mordue's words the book tells 'the story of a man on the run from himself and his demons, and how he has documented that journey in song; a movement through hell and high water with one of the world's greatest musical artists'. 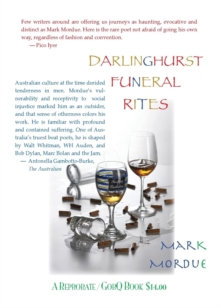