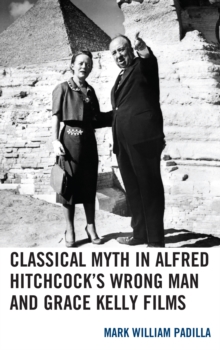 Mark Padilla's classical reception readings of Alfred Hitchcock features some of the director's most loved and important films, and demonstrates how they are informed by the educational and cultural classicism of the director's formative years.

The six close readings begin with discussions of the production histories, so as to theorize and clarify how classicism could and did enter the projects.

Exploration of the films through a classical lens creates the opportunity to explore new themes and ideological investments.

The result is a further appreciation of both the engine of the director's storytelling creativity and the expressionism of classicism, especially Greek myth and art, in British and American modernism.

The analysis organizes the material into two triptychs, one focused on the three films sharing a wrong man pattern (wrongly accused man goes on the run to clear himself), the other treating the films starring the actress Grace Kelly.

Chapter One, on The 39 Steps (1935), finds the origins of the wrong man plot in early 20th-century British classicism, and demonstrates that the movie utilizes motifs of Homer's Odyssey.

Chapter Two, on Saboteur (1942), theorizes the impact of the director's memories of the formalism and myths associated with the Parthenon sculptures housed in the British Museum.

Chapter Three, on North by Northwest, participates in the myths of the hero Oedipus, as associated with early Greek epic, Freud, Nietzsche, and Sophocles.

Chapter Four, on Dial M for Murder (1954), returns to Homer's Odyssey in the interpretive use of "the lay of Demodocus," a story about the sexual triangle of Hephaestus, Aphrodite, and Ares.

Chapter Six, on To Catch a Thief (1955), offers the opportunity to break from mythic analogues, and to consider the film's philosophical resonances (Plato and Epicurus) in the context of motifs coalesced around the god Dionysus/Bacchus. 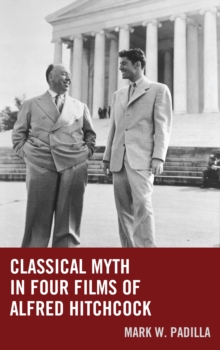 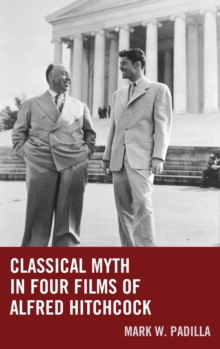 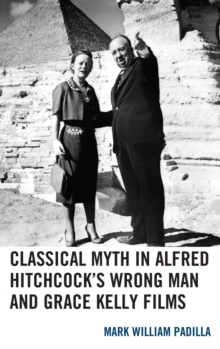