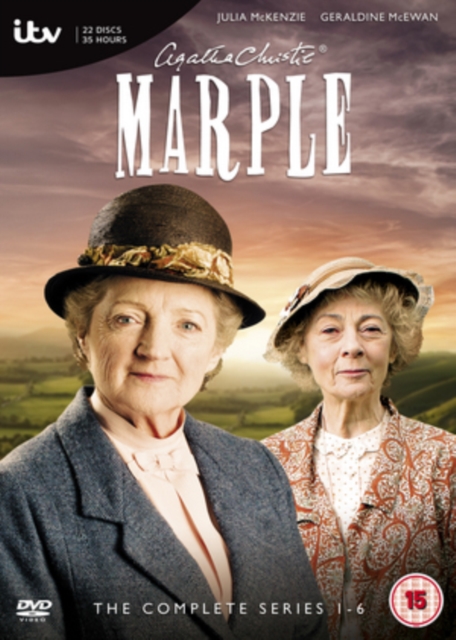 All episodes from series one to six of the television show adapted from Agatha Christie's novels.

The deceptively frail and elderly detective who uncovers murder and foul play in 1930s rural England was played by Geraldine McEwan for the first three series after which Julia McKenzie took over the role.

Series 1 episodes are: 'The Body in the Library', 'The Murder at the Vicarage', '4:50 from Paddington' and 'A Murder Is Announced'.

Series 2 episodes are: 'Sleeping Murder', 'The Moving Finger', 'By the Pricking of My Thumbs' and 'The Sittaford Mystery'.

Series 3 episodes are: 'At Bertram's Hotel', 'Ordeal By Innocence', 'Towards Zero' and 'Nemesis'.

Series 4 episodes are: 'A Pocket Full of Rye', 'Murder Is Easy', 'They Do It With Mirrors' and 'Why Didn't They Ask Evans?'.

Series 5 episodes are: 'The Pale Horse', 'The Secret of Chimneys', 'The Blue Geranium' and 'The Mirror Crack'd from Side to Side'.