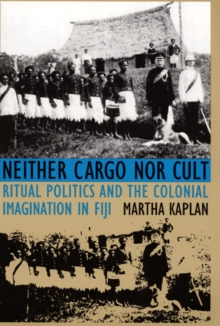 Neither Cargo nor Cult : Ritual Politics and the Colonial Imagination in Fiji Hardback

In the 1880s an oracle priest, Navosavakadua, mobilized Fijians of the hinterlands against the encroachment of both Fijian chiefs and British colonizers.

British officials called the movement the Tuka cult, imagining it as a contagious superstition that had to be stopped.

Navosavakadua and many of his followers, deemed "dangerous and disaffected natives," were exiled.

Scholars have since made Tuka the standard example of the Pacific cargo cult, describing it as a millenarian movement in which dispossessed islanders sought Western goods by magical means.

In this study of colonial and postcolonial Fiji, Martha Kaplan examines the effects of narratives made real and traces a complex history that began neither as a search for cargo, nor as a cult.

Engaging Fijian oral history and texts as well as colonial records, Kaplan resituates Tuka in the flow of indigenous Fijian history-making and rereads the archives for an ethnography of British colonizing power.

Proposing neither unchanging indigenous culture nor the inevitable hegemony of colonial power, she describes the dialogic relationship between plural, contesting, and changing articulations of both Fijian and colonial culture.

A remarkable enthnographic account of power and meaning, Neither Cargo nor Cult addresses compelling questions within anthropological theory.

It will attract a wide audience among those interested in colonial and postcolonial societies, ritual and religious movements, hegemony and resistance, and the Pacific Islands. 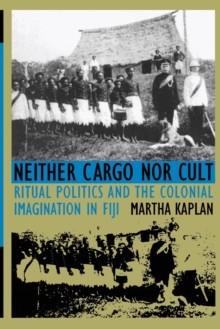 Neither Cargo nor Cult 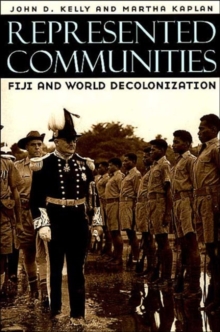