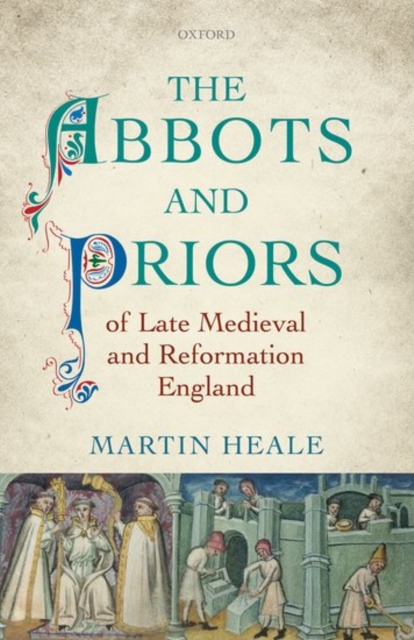 The Abbots and Priors of Late Medieval and Reformation England Hardback

The importance of the medieval abbot needs no particular emphasis.

The monastic superiors of late medieval England ruled over thousands of monks and canons, who swore to them vows of obedience; they were prominent figures in royal and church government; and collectively they controlled properties worth around double the Crown's annual ordinary income.

Moreover, as guardians of regular observance and the primary interface between their monastery and the wider world,abbots and priors were pivotal to the effective functioning and well-being of the monastic order.

The Abbots and Priors of Late Medieval and Reformation England provides the first detailed study of English male monastic superiors, exploring their evolving role and reputation between the fourteenth andsixteenth centuries. Individual chapters examine the election and selection of late medieval monastic heads; the internal functions of the superior as the father of the community; the head of house as administrator; abbatial living standards and modes of display; monastic superiors' public role in service of the Church and Crown; their external relations and reputation; the interaction between monastic heads and the government in Henry VIII's England; the Dissolution of the monasteries; and the afterlives of abbotsand priors following the suppression of their houses. This study of monastic leadership sheds much valuable light on the religious houses of late medieval and early Tudor England, including their spiritual life, administration, spending priorities, and their multi-faceted relations with the outside world.

The Abbots and Priors of Late Medieval and Reformation England also elucidates the crucial part played by monastic superiors in the dramatic events of the 1530s, when many heads surrendered their monasteries into the hands of HenryVIII.