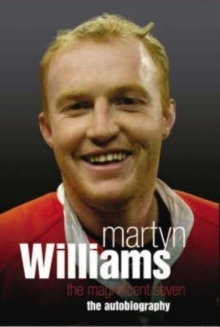 Starting out with home-town team Pontypridd, it didn't take the ginger-haired flanker long to make his mark on the national game.

He made his Wales debut aged just 20 and won the Welsh league title with Ponypridd the following year, repeating the feat in his first season after joining Cardiff, who he went on to captain for three years.

Twice a British Lion, he took an award-winning role in Wales' Six Nations championship Grand Slam of 2005 and then came out of international retirement to seal a second Slam in 2008. Martyn speaks for the first time about the controversial departure of Mike Ruddock as coach of the national team, the drinking culture in Welsh rugby in the early years of professionalism, the infamous Battle of Brive and why he turned down the chance to captain Wales at the 2003 World Cup.

He also gives his views on the influx of southern hemisphere coaches like Graham Henry, Steve Hansen and Warren Gatland, what went wrong at the 2007 World Cup and why he came out of retirement. Featuring the inside story of the 2008 Grand Slam and revealing portraits of his team-mates and opponents, this honest, witty, informative and entertaining autobiography is a must for fans and any sports lover. 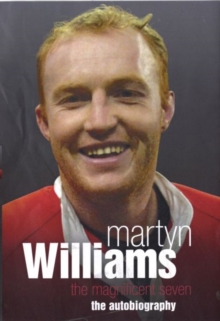