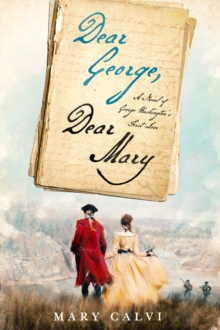 Unrequited love might have sparked a flame that ignited a cause that became the American Revolution.

Never before has this story about George Washington been told.

Dramatic portraits of the two main characters unveil a Washington on the precipice of greatness with his insecurities and his inspirations, using the very words he had spoken and written, and his ravishing love, whose outward beauty and refinement disguise madness. Dear George, Dear Mary unveils details of a deception long hidden from the world that ultimately led Mary Philipse to named a traitor, condemned to death and left with nothing.

While that may sound like the end, ultimately both Mary and George, achieve what they always wanted - freedom.