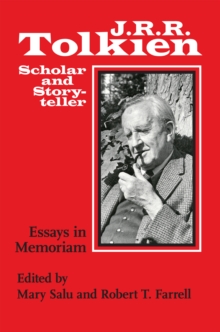 A moving and thoughtful tribute, this book, originally published in 1979, offers fourteen essays dedicated to the memory of J.

R. R. Tolkien (1892-1973). The contributors, a distinguished group of his friends, colleagues, and former students, address a wide and diverse range of subjects.The first part of the book contains material on Tolkien the man and the scholar.

It includes his obituary notices from The Times of London and his valedictory address at Oxford in which he points out, eloquently and purposefully, the artificiality of the split between language and literary study.

The last part includes three pieces on Tolkien's popular writings, particularly The Lord of the Rings, and a bibliography of his published writings.Contributors: J.