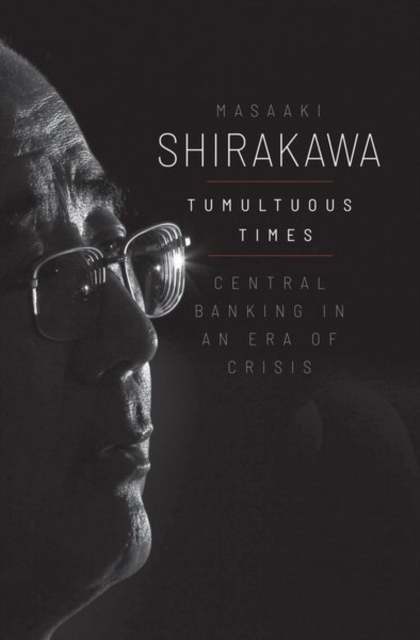 Tumultuous Times : Central Banking in an Era of Crisis Hardback

A rare insider's account of the inner workings of the Japanese economy, and the Bank of Japan's monetary policy, by a career central banker The Japanese economy, once the envy of the world for its dynamism and growth, lost its shine after a financial bubble burst in early 1990s and slumped further during the Global Financial Crisis in 2008.

It suffered even more damage in 2011, when a severe earthquake set off the Fukushima Daiichi nuclear disaster.

However, the Bank of Japan soldiered on to combat low inflation, low growth, and low interest rates, and in many ways it served as a laboratory for actions taken by central banks in other parts of the world.

Masaaki Shirakawa, who led the bank as governor from 2008 to 2013, provides a rare insider's account of the workings of Japanese economic and monetary policy during this period and how it challenged mainstream economic thinking.