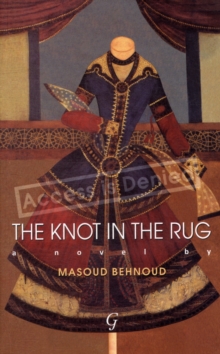 The Knot in the Rug Paperback / softback

The Knot in the Rug encapsulates the massive upheavals of the first half of twentieth century from a point of view that the English-speaking readership rarely glimpses.

The book's heroine, Khanoum, is born in the courts of Persia's Qajar dynasty.

The twists and turns in Khanoum's life make for a gripping read, whilst at the same time shedding light on traditional Persian customs of birth, marriage and death, still followed in modern-day Iran.

Forced to flee Persia during the Constitutional Revolution of 1906, Khanoum is brought up by her uncle and his immediate family.

Her teenage years are marked by her struggles: family tragedy, her horrendous journey through Persia, and her uncertain future.

Once in Russia her aunt, a woman of great strength and wisdom, manages to bring some sense of order to their exiled gathering by creating a home akin to what they were accustomed to.

However, some years later, the Bolshevik revolution brings another upheaval and they are forced to flee once more; this time to Istanbul.

In the fairy tale palaces of the Ottoman Empire Khanoum marries a member of the Ottoman Court. But the newlyweds hardly have time to make plans for their future when they face yet more turmoil; learning of the downfall of the ruling family, they hurriedly escape to France.

In Paris with her husband Khanoum at last finds a resting place, but it does not take long before her eventful and tragic destiny once again beckons and she finds herself alone and destitute. 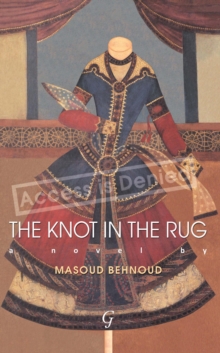 The Knot in the Rug