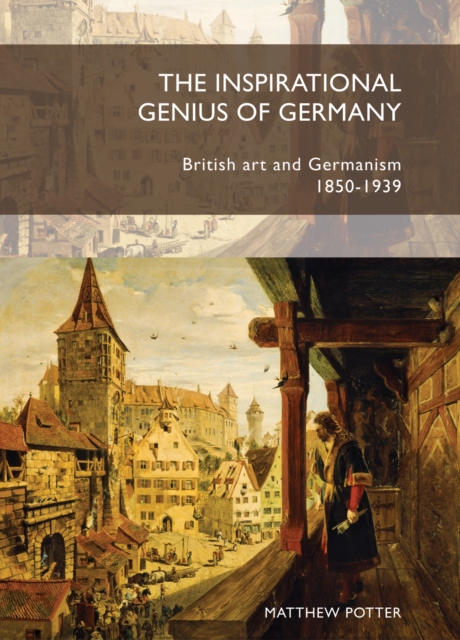 The inspirational genius of Germany explores the neglected issue of the cultural influence of Germany upon Britain between 1850 and 1939.

While the impact on Britain of German Romanticism has been extensively mapped, the reception of the more ideologically problematic German culture of the later period has been neither fully explained or explored. After the 1848 revolutions, Germany experienced a period of political and economic growth which not only saw it achieving Unification in 1871 but also challenging the industrial and imperial supremacy of Britain at the dawn of the twentieth century.

Matthew Potter uses images, art criticism, and the public writings and private notes of artists to reconstruct the intellectual history of Germanism during a period of heightened nationalism and political competition.

Key case studies explore the changing shape of intellectual engagements with Germany. It examines the German experts who worked on the margins of the Pre-Raphaelite circle, the engagements of Victorian 'academics' including Frederic Leighton, G.F.

Watts, Walter Crane and Hubert Herkomer as well as avant-gardists like the Vorticists, the reception of Arnold Boecklin and Wassily Kandinsky by the Britons during the dawn of modern art, and the last gasp of enthusiasm for German art that took place in defiance of the rise of Nazism in the 1930s. -- .