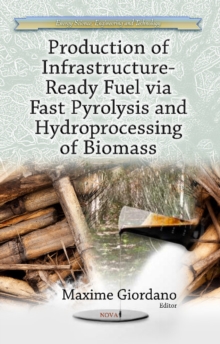 The President has established a goal to supply 35 billion gallons per year of renewable and alternative fuels by 2017.

This goal is addressed in part by the U.S. Department of Energy (DOE) Office of Biomass Program s (OBP s) Thermochemical Platform multiyear program plan to "convert biomass to fuels, chemicals and power via thermal and chemical processes such as gasification, pyrolysis and other non-biochemical processes".

In recent years, the Biomass Program completed technoeconomic evaluations of both biological and thermochemical pathways for converting biomass to ethanol.

The studies also helped identify technical barriers for which research and development could potentially lead to significant cost improvements.

Consistent assumptions for items such as plant lifetimes, rates of return, and other factors were used in all cases so the various processes could be compared.

At present, the use of biomass resources to produce infrastructure-compatible fuels is appealing.

Hydrocarbon biofuels can potentially be used without significant changes to the current fuel distribution and utilisation infrastructure, including pipelines, pumping stations, and vehicles.

Given the relatively short time between now and 2017, the goal of 35 billion gallons per year of renewable fuels will be more readily met if hydrocarbon biofuels are part of the fuel mix.